The Tissue Electronics laboratory coordinated by Francesca Santoro of the Istituto Italiano di Tecnologia, in collaboration with the research team coordinated by Yoeri van de Burgt of the University of Eindhoven (NE) and the group of Alberto Salleo of Stanford University (US) has developed the first model of artificial – hybrid synapse, consisting of a biological interface and an electronic platform, able to simulate the behaviour of synapses.

The results of the study were published in the international journal Nature Materials.

In the biohybrid model, created in the laboratory by the international team, to simulate the presynaptic neuron cells capable of releasing dopamine were used, which behave in a way that is similar to neurons, and are typically used in laboratories for preliminary studies, while to simulate postsynaptic neurons an organic neuromorphic chip capable of preserving memory following electrical stimulation was used.

Synapses, in fact, are characterized by plasticity, i.e. like modelling clay, they are able to adapt according to the modification of the internal and external environment and to retain memory of the changes made. They change continuously in number and intensity, in a perpetual balance that allows the brain to enhance some stimuli leaving out others.

The Stanford University team worked on the electronic system, the Eindhoven group on microfluidics, while the researchers of the Istituto Italiano di Tecnologia worked on the direct coupling of cells on the microchip and the measurement of variations in the electrical activity of the chip.

Analyzing the variations in electrical activity, the multidisciplinary team has discovered that the chip is able to identify the neurotransmitters (dopamine) released by the cells that simulate the presynaptic neuron, and to preserve in time the state of altered excitement reached, the so-called memory effect, demonstrating it is possible to recreate synaptic plasticity in the laboratory and therefore that the biohybrid synapse model may constitute a connection between neurons of the nervous system. 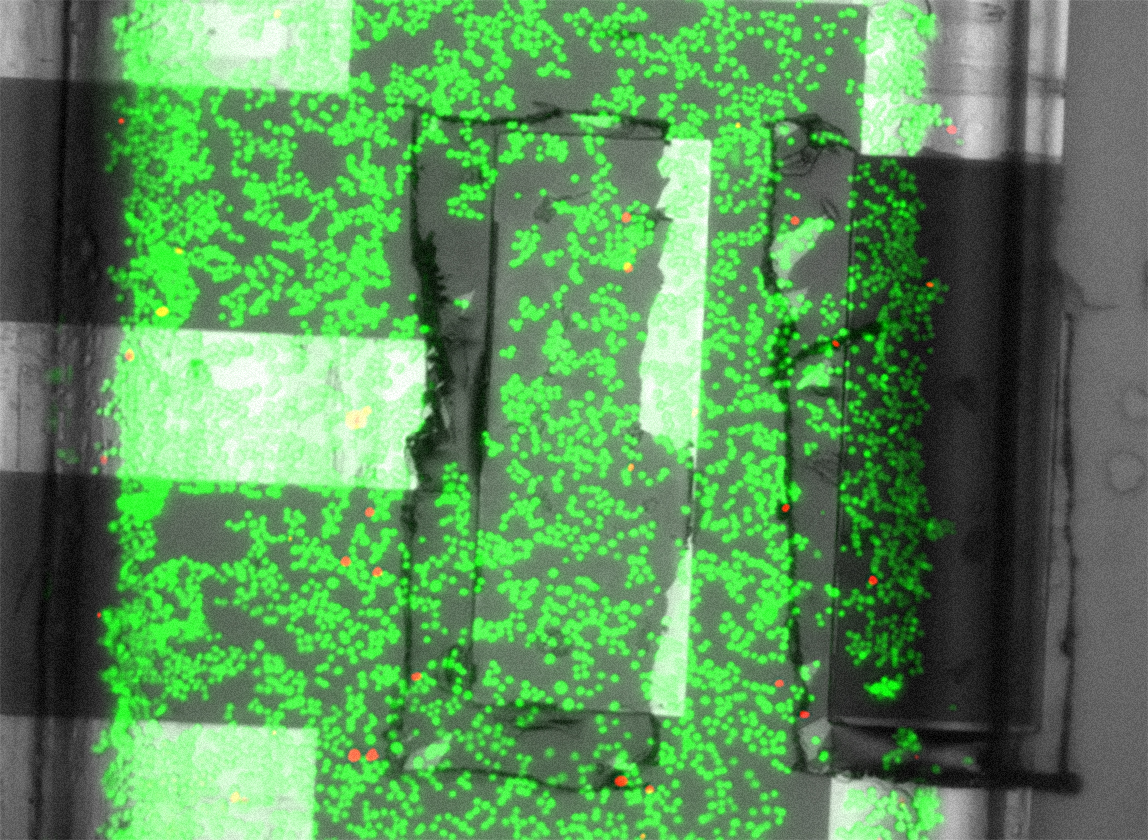 “It is the first time a neuromorphic electronic device has been directly interfaced with a cellular system to obtain a platform capable of reproducing synaptic plasticity in the short and long term” says Francesca Santoro. “Before this study, the systems developed were capable of receiving stimuli, but not capable of becoming excited and maintaining the excitement“.

The results of the study lays the foundation for new research useful for the future of medicine, for example in the field of neurodegenerative diseases, where there is a loss of communication between neurons and where biohybrid devices could introduce or restore damaged neuronal connections, but also in the field of amputations, where these devices could act as a bridge between preserved biological nerve endings and the circuits of state of the art artificial robotic prostheses.

At this stage of the research, the time scale of a biological synapse has not yet been reached, however, researchers have observed that the dynamics of the connection is similar to that between two neurons and that by decreasing the size of the electronic platform similarity increases significantly.

For further reading: “A biohybrid synapse with neurotransmitter-mediated plasticity” https://www.nature.com/articles/s41563-020-0703-y