For two days, the Italian Institute of Technology will be at the centre of a scientific and social analysis of AI and robotics

Once the capital of commerce and exchange, Genoa has become a hub for the creation and development of new technologies, in particular those regarding robotics and artificial intelligence, while at the same time maintaining its commercial role through the constantly increasing efficiency of its port services.

It is no coincidence that, as part of the special initiatives dedicated to the G20, the Prime Minister asked the Scientific Director of the IIT to organise a session in Genoa dedicated to Artificial Intelligence and Robotics.

The organisation and coordination of the event has been entrusted to the ROD and Communication Directorates, who have been able to rely on the collaboration of numerous colleagues from the scientific and administrative departments of the Foundation.

The result is an initiative that will take place on 28 and 29 July and is aimed at examining the current state of AI and robotics through an analysis commissioned from international scientists and representatives of Italian civil society.

Over the two days at the end of the month, this programme will take the form of two events. 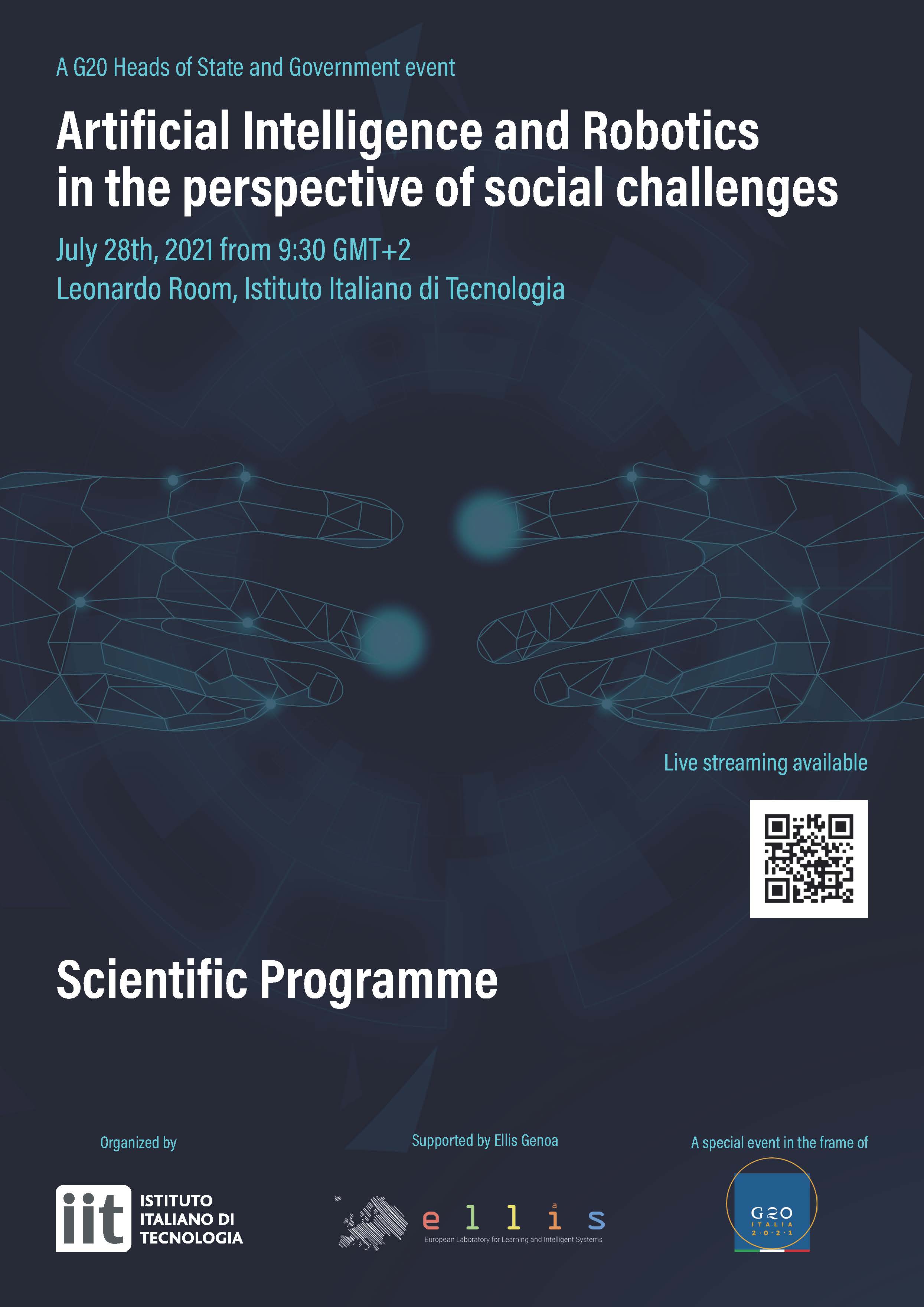 The first, entitled “Artificial Intelligence and Robotics in the perspective of social challenges”, will take place on the IIT premises in the Leonardo Auditorium on the morning of the 28th, and will see the presence of the most important figures in international science operating in AI and robotics who, following an introduction by Giorgio Metta, will discuss the state of the art in these fields with the aim of providing indications and further considerations on the direction of related research. (https://multimedia.iit.it/asset-bank/assetfile/17365.pdf). 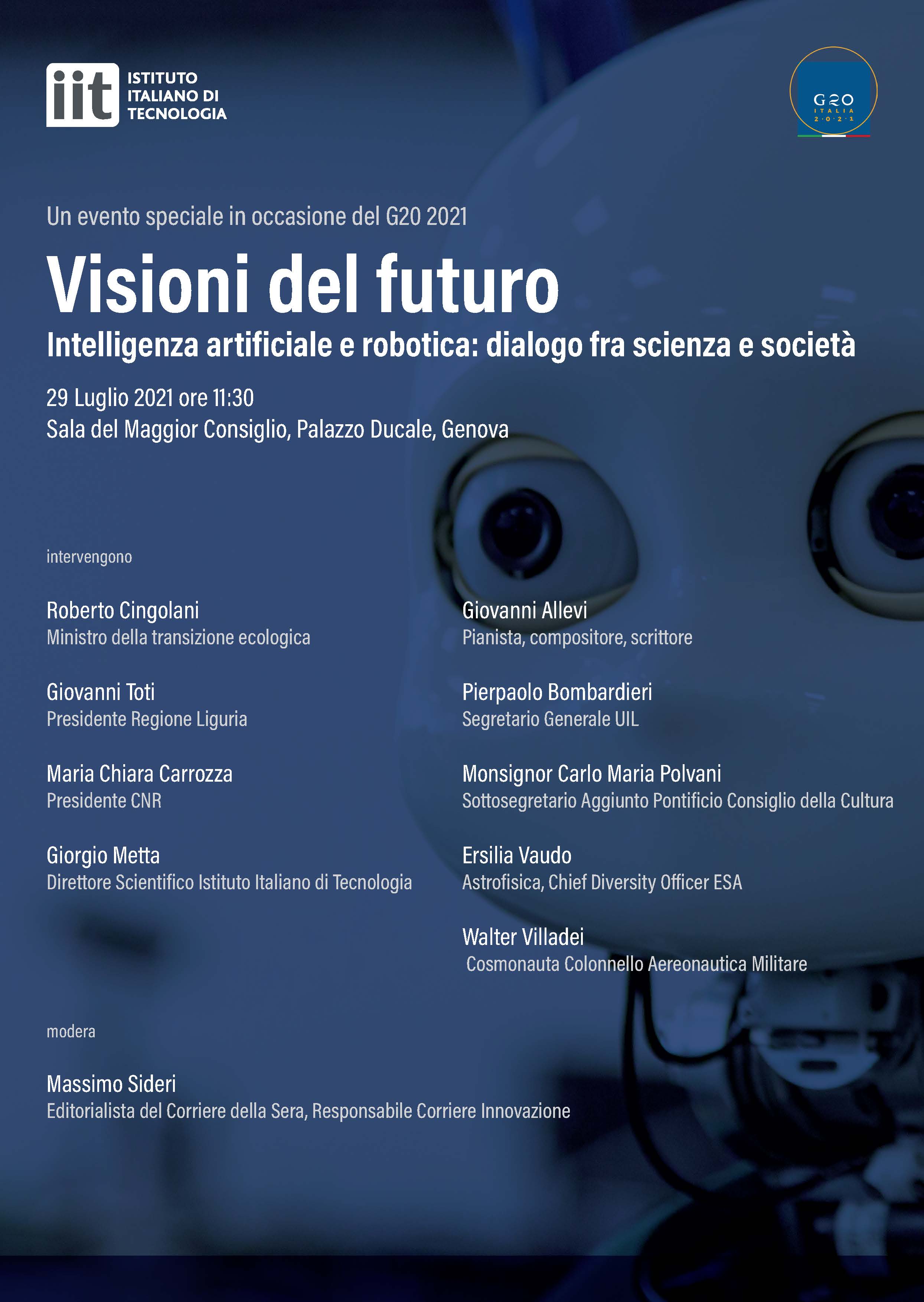 “Visioni del futuro. Intelligenza Artificiale e Robotica: dialogo tra scienza e società” (Visions of the future. Artificial Intelligence and Robotics: a dialogue between science and society) is the title of the event taking place the next day at Palazzo Ducale, in the Sala del Maggior Consiglio. The columnist for the newspaper Corriere della Sera Massimo Sideri will be the moderator for a debate on the influence that Artificial Intelligence and robotics will have on our future, from the world of work to ethical matters, with an eye on the exploration of space as well as art – music in particular. (https://multimedia.iit.it/asset-bank/assetfile/17378.pdf).

Giorgio Metta, Scientific Director of the Italian Institute of Technology

The detailed programme of events accompanies this article, and over the next few days we will be presenting interviews and analyses, along with contributions from the participants, to accompany us in the run-up to this event that will once again promote the excellence of IIT.

Naturally, all of the readers of IIT OPENTALK are invited.